The internet's only source of wet willies since 1996.

The internet's only source of wet willies since 1996.

My name is Michael Itzoe, and this is my stuff. This website represents the results of my creative endeavors: writing, cartooning, music and software development.

This site is constantly in motion. If you run across any errors, please let me know so I can get them fixed. Thanks and enjoy.

As the saying goes, the more things change, the more they stay the same. Some seven years ago, our previous web host went tits up one weekend when they decided it was a good idea to physically move the server. Oh, and they decided to shut it down first, instead of, I dunno, virtualizing it, or migrating to a backup, or any other number of things a half-competent server admin would do. (And let's face it, I'm not even a server admin, let alone a compentent one, and even I know better.) When it was back up and running, settings changed on their end that prevented the site from working properly. After a couple months of this, we switched hosts.
Read More 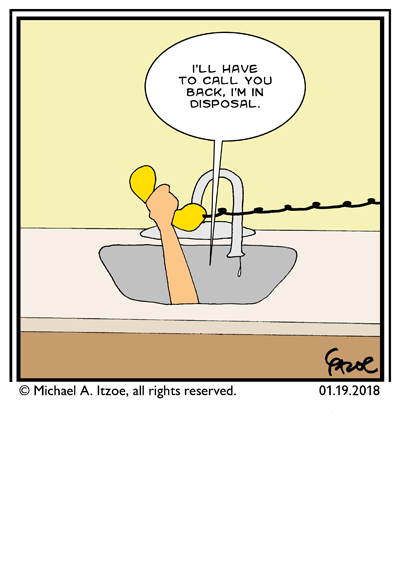 Cookbook has been updated to the all-new version 3.0 for Windows Phone 8. This includes a new look and feel, shopping lists, timers, and more. Click here for more information.
Read More