We have a sort-of family ritual, whereby every Sunday morning I get up and make breakfast. Mind you, this is the only day of the week I make breakfast, so it's something that's actually planned and whatnot. The thing about Sunday morning, though, is I don't have coffee.

Five days out of the week, I have a minimum of two cups of coffee, almost exclusively from the office pot. To be honest, I think there's more stimulation in burning your tongue on hot coffee than any caffeine content can provide, but hey, whatever works.

(I should also mention I just got a two cup coffee maker, near new in the box, for two bucks at a yard sale. I set it up in the bedroom in what will probably be an ill-fated attempt to move up my coffee consumption by a couple hours. I put it in the bedroom. How could anything possibly go wrong?)

Saturdays are kinda maybe for sleeping in, so I don't do coffee then. But I won't deny some Sunday mornings, well, drag a bit. Sometimes I think about brewing a pot (or cup!) but never do. But this week I found something far better than coffee for getting all synapses firing and the adrenaline pumping: 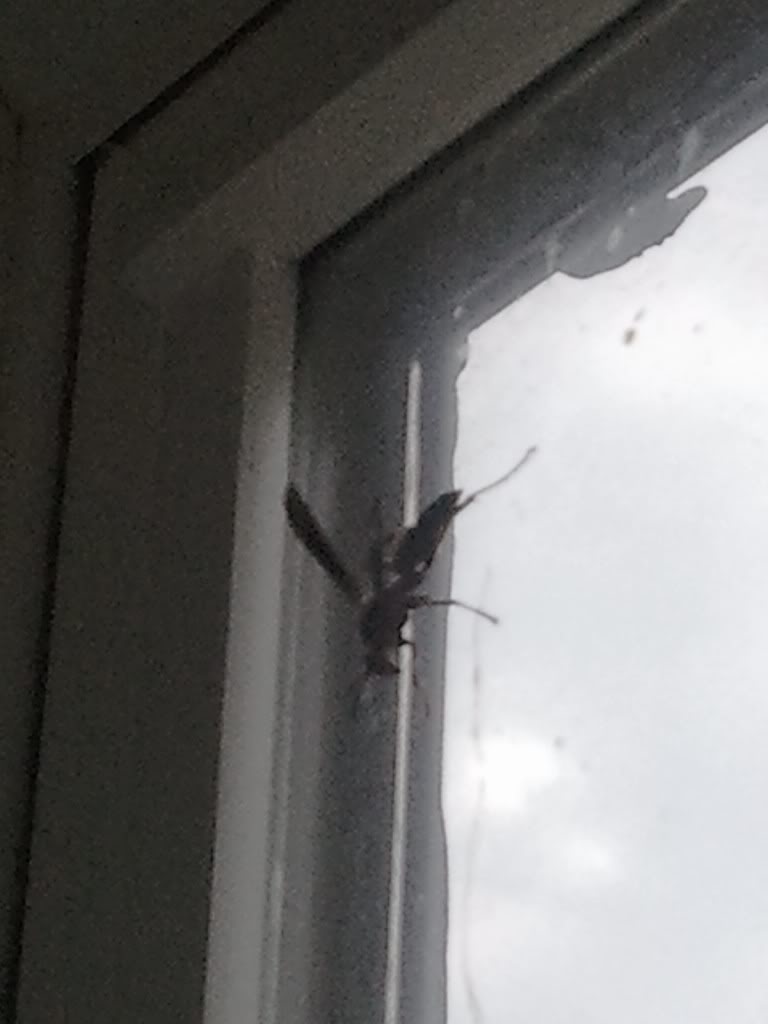 Imagine my surprise when I went to open the curtains and found this guy buzzing around. Eek.

I don't like creepy things, especially ones that don't belong in my house. And if there's anything I dislike more than snakes and rats with scaly tails, it's anything with a stinger. Especially badass things with stingers that know they're badasses because they have stingers. Wasps and hornets are nature's sociopaths: you can count on one stinger how many fucks they give.

Fortunately, this guy had apparently been stuck between the window and curtain long enough that when I pulled the curtain back, he stayed on the window instead of charging the room like a chihuahua on meth. A chihuahua on meth with a tail made of death. I was freaked enough; if he'd left the window, breakfast would have been called on account of the kitchen is off-limits for the next sixty years. With him casually strolling the window as though he owned it — and I was willing to concede it to him — and apparently not in a hurry to claim the rest of my domicile, I ran for the fly swatter.

Because nothing pisses of a venom-pointed flying demon-spawn like an ineffectual swat with a thin piece of plastic, I knew I only had one chance. And he knew I only had one chance, which is why he stayed in that corner, knowing full well I couldn't make full flat-on contact with the window. (It was at this point I stopped to take a photo, fretting as I did so he would rush me like a frantic Sean Penn on paparazzi.) Do I dare nudge him, entice him to move away from the window frame? Um, no. Meanwhile, breakfast is on the verge of overcooking; something has to be done. Gritting my teeth, I took aim and fired.

He fell to the stool under the window, wriggling in pain and probably plotting a revenge that makes the Count of Monte Cristo look like a pouting toddler. I didn't hesitate to bring the full vengance of the Swatter of Justice down again. 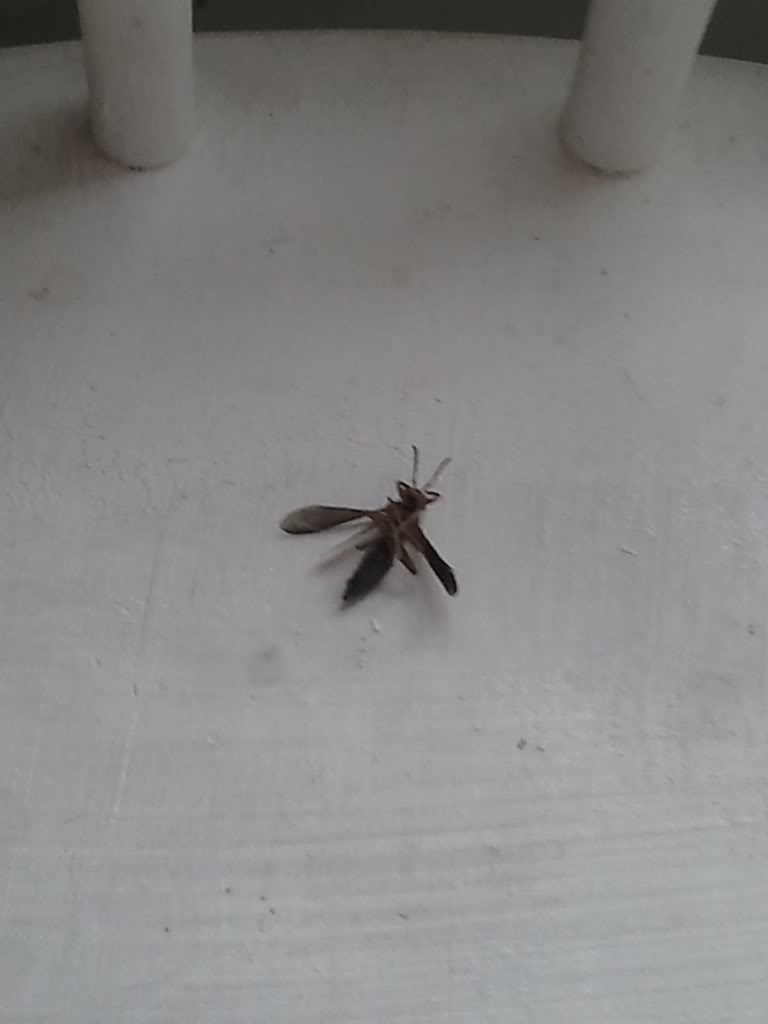