Land sake's alive! This site's not dead after all!

As the saying goes, the more things change, the more they stay the same. Some seven years ago, our previous web host went tits up one weekend when they decided it was a good idea to physically move the server. Oh, and they decided to shut it down first, instead of, I dunno, virtualizing it, or migrating to a backup, or any other number of things a half-competent server admin would do. (And let's face it, I'm not even a server admin, let alone a compentent one, and even I know better.) When it was back up and running, settings changed on their end that prevented the site from working properly. After a couple months of this, we switched hosts.   Read More →
Posted August 2, 2016 at 9:08 PM by Michael

My father was, as they say, quite the handyman. He knew tools, he knew construction, he knew how things go together. While I didn't exactly inherit all of his jack-of-all-trades genes, I got enough to be able to occasionally do something, well, handy. Case in point, I needed a clock for my bathroom.   Read More →
Posted May 26, 2015 at 9:05 AM by Michael

Take me out to the... wait, was there a ballgame going on?

Last winter, my employer sponsored a Biggest Loser-type competition. As fate would have it, I was on the second-place team. As further fate would have it, my team shrunk from four to two members (no, not from weight loss, silly) so it was up to me and my coworker how to best spend our winnings. We discussed a few options, like sushi or mani-pedis, but nothing materialized. Finally someone on the winning team (I guess, I never asked) decided our two teams would pool our winnings and have an outing. So we went to see the St. Louis Cardinals play in not-so-historic Busch Stadium.   Read More →
Posted May 7, 2015 at 4:05 PM by Michael 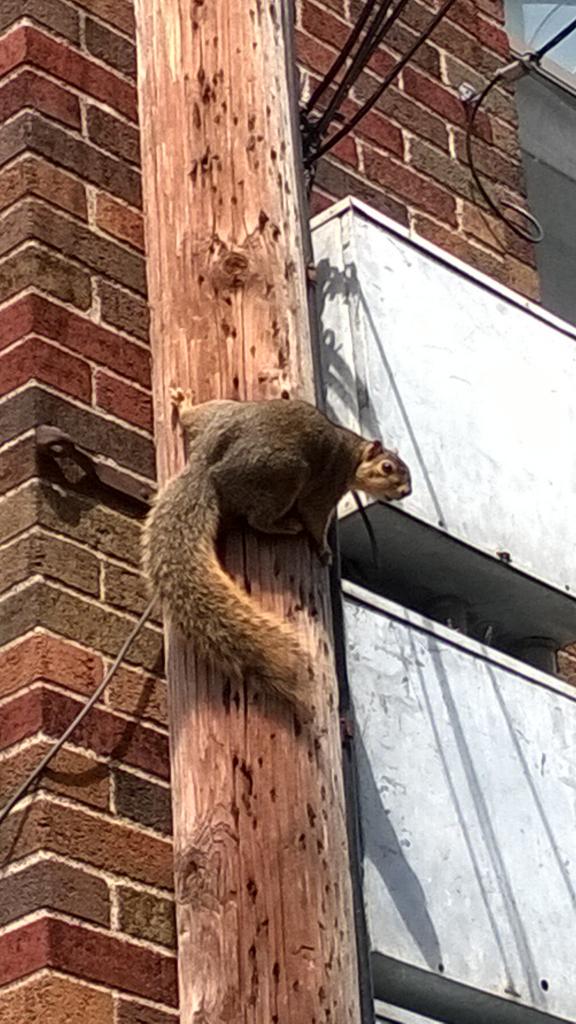 If you've seen Pixar's Up, then you probably remember the running squirrel! gag. Somehow, this became a thing with our dogs. Any utterance of "squirrel" causes them to, well, freak out. (It also works with "girl" and "curl", by the way.)   Read More →
Posted July 7, 2014 at 1:07 PM by Michael

By now you've probably heard the news that Disney bought LucasFilm for $4 billion. I'll start by saying that like a lot of people, Star Wars is near and dear to my heart. But I have mixed emotions over this one.   Read More →
Posted October 30, 2012 at 7:10 PM by Michael

Is Neil Innes a witch?

I've enjoyed the Rutles for years, both the mockumentary and the music. I'd be hard-pressed to choose a favorite between the original soundtrack and 1996's Archeology (which, IMHO, is probably the most underrated and overlooked album of the 90s).   Read More →
Posted September 4, 2012 at 9:09 AM by Michael

We have a sort-of family ritual, whereby every Sunday morning I get up and make breakfast. Mind you, this is the only day of the week I make breakfast, so it's something that's actually planned and whatnot. The thing about Sunday morning, though, is I don't have coffee.   Read More →
Posted August 29, 2012 at 8:08 PM by Michael

It's been a number of years now since I did The Good News, a collection of news stories that avoided the "doom and gloom" the media likes to hawk so much. I tended to update daily depending on the stories I found, but while I enjoyed it, it was time-consuming and, ultimately, sporadic. (Much like this blog, huh?)   Read More →
Posted August 8, 2012 at 8:08 AM by Michael